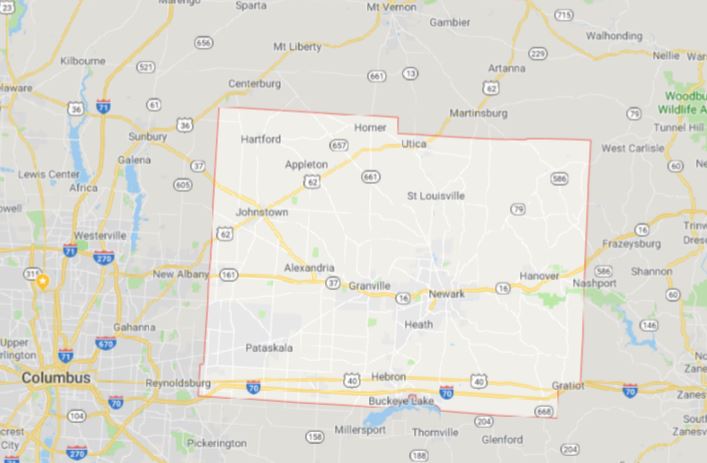 Licking County is located in Ohio just northeast of downtown Columbus. It's county seat is Newark and it was originally formed back in 1808 from portions of Fairfield County. It's named for the salt licks in the area and is part of the Columbus Metro area. There are several adjacent counties including Knox, Perry, Fairfield, Franklin, Delaware, Muskingum, and Coshocton. Licking is home to about 170,000 residents and features several amazing locations such as the Longaberger headquarters whose building is a giant Longaberger medium market basket. It's home to Denison University, the Flint Ridge State Memorial, Dawes Arboretum, and Newark Earthworks as well as the  Blackhand Gorge State Nature Preserve. This County is home to just a few major cities such as New Albany, Pataskala, and Reynoldsburg but has dozens of villages, townships, and unincorporated communities.